It has been quite a while since I have posted any updated here. Some of the lack of progress was down to working from home. While I thought that this would give me more time to spend more time working on extra projects, I found myself wanting to spend more time away from the computer. Another cause was running into issues with the V9990 which unfortunately I was unable to get working.

With the V9990 I was able to get a picture of sorts on screen by setting a video mode and writing to the VRAM but things like setting palette colours and executing commands such as drawing lines failed. With the line and other drawing commands, checking the status register was showing the CE bit constantly set indicating that the command was executing. I will have to write up the issues I had with the V9990 in a separate post.

As availability of V9990 chips is becoming an issue I did spend some time looking at some different video options but then decided to take a different approach and changed the design of the computer to remove the video, audio and ethernet and added expansion four slots to the board instead.

Using this approach, it will give me the flexibility to try different options for the video without having to redesign the board again. For video I plan on looking at implementing a FPGA solution which will most likely output to VGA.

I assembled the main PCB over the holidays and tested that the ATX power supply soft switching was working correctly before populating the rest of the ICs on the board. The next stage is to get my monitor software up and running so that I can verify that all the hardware on the board is working correctly.

Once I am happy that the main PCB is working, I have 2 expansion boards designed. The first is simply containing status LEDs for all the signals on the expansion slot just to give a visual debugging method of checking that everything working. The second board is a sound board based on the YM2151 and sharing the design from the earlier revision of the board. This should be sufficient to get an expansion board up and running just to prove that my expansion system is working correctly.

Once the initial testing is completed the next goal is to get a working operating system up and running. Initially I was planning on writing the operating system from scratch as I believe it would be an interesting learning experience but I have also been considering using an existing operating system and adapting it to work on Y Ddraig. 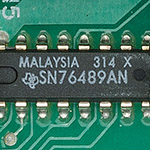 Trying to get the SN76489 working has been an interesting exercise and a good example of why it is important to read datasheet with great care. Initially I ... 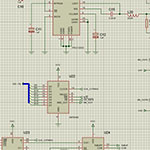 It’s been a while since I’ve done any work on this project. I was going to build, or at least part build a second board to see if I could get the V9990 worki... 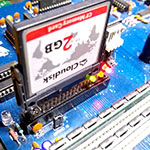 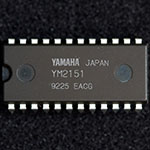